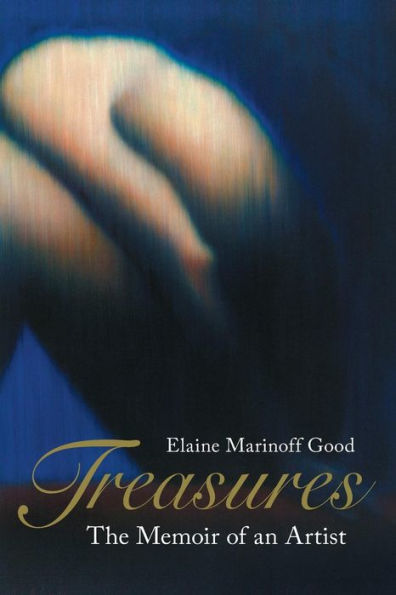 “No one ever had to tell Elaine Marinoff to “get a life.” After art school in Paris, Marinoff tries to feel fulfilled in an oppressive mid-century Los Angeles marriage to a newly minted MD. But when she divorces him after 21 years of marriage, she finds her true genius is not just for art, not just for surviving but for thriving as a mother, artist, and sensual lover of life. Elaine becomes a skillful real estate investor, critically acclaimed painter, and a model to modern women everywhere. At 53, she leaves Los Angeles permanently to become a key player in the New York art scene, turning a former factory into her studio and finding, on September 11, 2001, she is living at Ground Zero. After much persuasion, she accepts a date with distant cousin Hilly Kristal, and finds herself deeply in love with this founder of the epicenter of New York’s music scene, CBGB’s. She eventually allows her Erotic Series of paintings (hidden for decades in a basement) to be discovered and exhibited by a New York art dealer who proclaims, “We’ve found your Treasures.”

“What an intriguing memoir! Not knowing who Elaine Marinoff was, I recently stumbled upon her book and found myself unable to put it down. Marinoff’s journey as a human, woman, artist and businessperson was truly inspiring. I was genuinely fascinated by her courage and ability to successfully and gracefully break out of the mold mid 20th Century society had encased her in. She is proof that you can begin again at any age in any place. She is a superb artist I was pleased to discover. Be sure to visit her website in conjunction with reading the book. It deepens the experience to see her art after hearing what it took to create it. This hidden treasure is a good read.”

“Elaine Marinoff was an artist with the rare DNA of an activist. Refusing to be subjugated by the oppressive forces that bound most middle-class housewives of the 1960s and early 1970s, she fearlessly illuminated her deepest self, illustrating the profound desires and sexuality of women everywhere. Now, in the modern era, her work — depicting the unique and visceral experience of womanhood — is resurfacing with renewed relevance. Elaine was an adventurous, beautiful soul whose life story is captivating. She is the definition of female individualism. I only wish I had met her when I was younger.”

“A vivid memoir of a remarkable woman who came of age during a tumultuous time of transition for women.  Her honesty, passion and humor bond us to this fearless seeker.”

“Powerful memoir transcends the particular story of a life and connects us with universal truths. The story of a brave woman who breaks free of the conventions of her time and discovers herself in the process.”

“Elaine Marinoff was a feminist before she knew the word. Her poignant and inspiring memoir takes the reader on a journey from the California coast to the New York art scene”