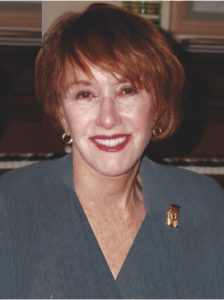 She began showing in California at The Laguna Museum of Art, the Downey Museum, and the Los Angeles County Museum of Art. Showed early with the Locar Discovery Gallery at the Los Angeles Museum of Science and Industry, the Provincetown Museum in MA; in Los Angeles at the University of Judaism, Richard Bennett, Karl Borenstein and the Heritage Galleries. Claudia Chapline Gallery in Northern California, Eva Cohon Gallery in Chicago and the Galerie Woeller-Paquet and das Bilderhaus in Frankfurt, Germany, among others. She produced a collection of original serigraphs and poetry, exhibited at the Artworks gallery in Los Angeles in 1987-88, distributed to rare bookstores throughout the United States.

TREASURES: The memoir of an artist has been her devotion for the last ten years.
It is a love story, and narrative portrayal of a passionate artist, with an honest insight into the New York art-scene of the 1980s – 90s, plus a perceptive account of living through the World Trade Center disaster and it’s aftermath at close range.