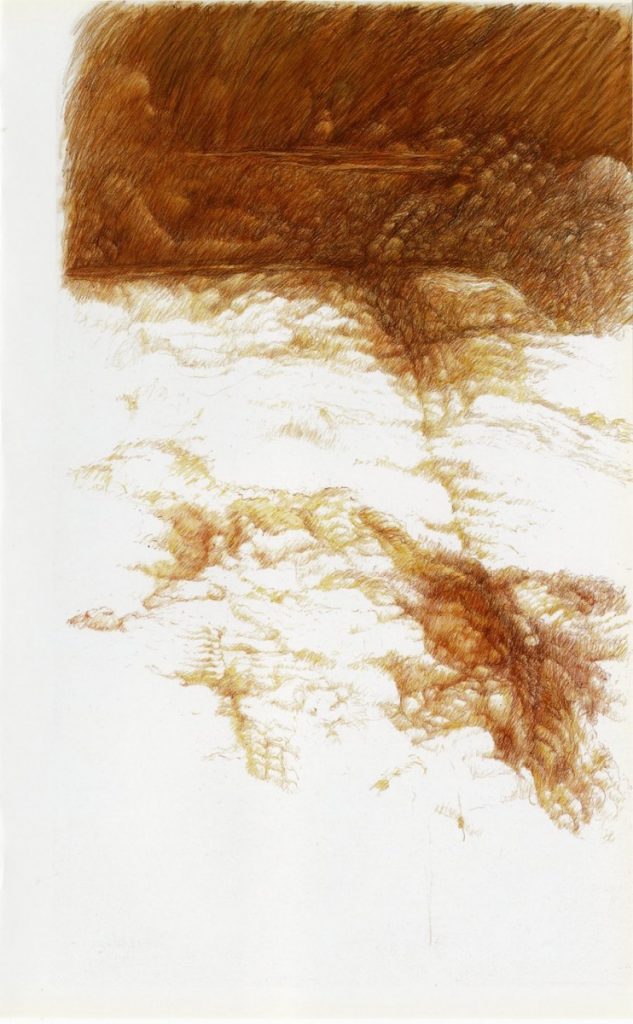 THE CLIFF AS METAPHOR FOR THE FRAGILITY OF LIFE

Excerpted from the essay by distinguished art critic:

In drawing after drawing the cliff seems about to crumble, even as it remains intact. Perhaps the landslide of figures suggests that it has crumbled and been reconstructed in imagination, and certainly we are in the imaginative depths in Marinoff’s drawings. Indeed, they are as physically monumental as they are existentially intense.

They are daring explorations of the terrain of her inner life. Thus the male and female figures are both herself, her anima and animus, in passionate conflict. But what makes the drawings visually striking, apart from their emotional power, is the fierce delicacy of Marinoff’s touch. Just as animals symbolize the instincts, so Marinoff’s lines seem instinctive. Their repetitive intensity, building to a subtle climax suggests as much. Marinoff’s drawings are made of innumerable stria, forming the muscular fiber of her imagery, subtly blurring the difference between Eros and Thanatos, the life and death instincts, within the female signifying life and the male death.